Mayor Tom O'Leary brings a lifetime of public service experience to the Mayor's Office.  Tom began his career as a city council member, serving Galion's Fourth Ward from 1982-1984.  Beginning in 1985, O'Leary served two terms as a Crawford County Commissioner, elected president of the Board of Commissioners in six of the eight years he served.  In 1993, Mayor O'Leary was appointed by then-governor George Voinovich as his regional economic development representative.  In January of 1997, he was appointed executive director of the Ohio Rail Development Commission.  In 2001, Governor Taft appointed O'Leary Deputy Director for the Ohio Department of Transportation.  He was appointed by the Crawford County Commissioners as Director of Crawford County's Job and Family Services in 2007, where he served until his retirement in 2011.  O'Leary ran for and was elected Mayor in May of 2013, serving a seven-month term.  In November 2013, he was re-elected to a four-year term and was re-elected in 2017 and 2021.  He is married with four adult children, all Galion residents, and has six granddaughters. 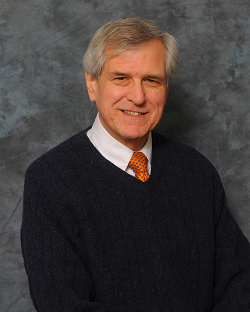 
Nicole Ward has been a part of the Mayor's Office for more than three years as an administrative assistant. She transitioned into the role of acting safety service director in 2016. In 2017, she was officially appointed as safety service director. She serves as the contract administrator for the city and oversees the safety forces and several other departments.
Report a Concern
Share Your Thoughts
Online Payments
Pay Your Bills Online
Stay Notified
Receive Email Notifications
Moving to Galion
Make Yourself at Home!
Employment
View Current Openings